We met with Hookie Co. at their headquarters in Dresden, Germany. Immediately we were enthusiastic about their idea ...

We met with Hookie Co. at their headquarters in Dresden, Germany. Immediately we were enthusiastic about their idea of innovative all electric mobility and found very quickly exciting opportunities for a cooperation. The concept of the ultimate urban bike THE ANT was already in place at our first meeting. There was only one thing missing: a suitable carry solution for THE ANT bike - bags for every day and also little adventures. Bags which can store everything important, wherever it goes!

As a huge fan of innovative ideas, CAKE was one of the brands who made its own footsteps. Back in 2019 they released the ÖSA platform which combines fun with urban mobility. Early 2020 Hookie Co. did a testride with some beautiful bikes from CAKE and they were more than hooked from the ÖSA. The benefits are clear – a bike which can do everything. A urban communter with the potential to go also to the woods for a quick spin to clear your mind. The feedback was quite strange, the glance on the streets were intensive and Hookie Co. had a lot of talks about the future of motorcycling. This was one of the reasons why they totally trust in this electric movement and their first electric custombike is based on a ÖSA+ and Lite.

Hookie Co. want to give the ÖSA a more sporty, young and an art look. The plattform with the straight main frame bar was perfect to play around with shapes and forms. After all different concepts they created the synonym THE ANT for it. A plattform which allows you to carry a backpack, to add a tent, a blanket, a jacket, a bag for beer, a basketball … and express yourself more than ever. The new main body is mounted with some new developed 3d printed clamps directly to the main frame of the ÖSA. THE ANT has different options to add luggage in the front area and allows you to change your seat position instantly. They’ve also updated the ergonomics a bit – Hookie Co. developed a plate with the footrest system which allows to change the foot pegs on different positions and the seat of THE ANT is almost 1cm lower now than the stock seat.

To carry all neccessary things for a day Hookie Co. teamed up with us and add some bagpacks to THE ANT. Just one hook and you can pull it easily on the bike. It’s up to you if you run just one or two if you carrier the stuff.

THE ANT’s will be available as complete bikes and also as branded bikes for companies and of course as a Moto-Kit. 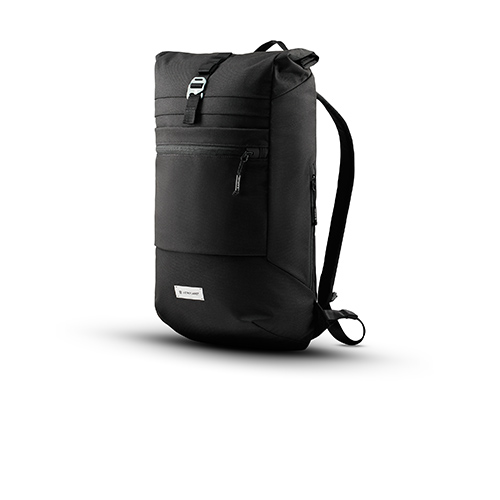