BAJA – OFF THE BEATEN PATH

Baja off the beaten path is not a place for everyone

Baja off the beaten path is not a place for everyone. Cracked lips, dusty hair, no showers for weeks, wind, dirt, sand. Dirt blowing on your face, in your ears, in your eyes. Did I say wind? Wind, and I am talking relentless wind that will blow you and everything you own into space. Days and days of it. Did I say dirt?  Dirt and dust that will cover you, your butt crack and every piece of gear and equipment you own.

In Baja off the beaten path you ration everything you have. Gas, water, food, your friends. Friends better be good ones because you can’t ditch them. Nothing is replaceable and you have to have everything plus a little extra. A candy bar or a piece of chocolate becomes a serious commodity. Local fishermen will trade you lobster and their wives for a piece of chocolate. If something breaks or you get stuck, you are on your own.

Dirt roads from hell with mud flats that might as well be quicksand. Washboard on dirt roads are not the washboard you might know from dirt roads back at home. The Baja washboards are the Everest of washboards and will destroy every piece of equipment you own. Starting with your rig to everything inside of it.

Dirt roads from hell. 250 kilometers of it. Koichi was very stressed during the driving. He kept telling me “In Japan we don’t have roads like this!” as we painfully bounced around.

This year we made a 200 km long stretch in Baja off the beaten path that took us three weeks to drive. We averaged 3 miles an hour with some serious beating. Got high sided and stuck more times that I wanted and had plenty of adventures. Including running into an air drug drop, in the middle of nowhere, where I expected to be mowed down by machine gun by the Mexican drug cartel. But this is a future story.

Our team included: Chuck the American Lithuanian, me the Italian American and Kochi the Japanese Japanese. Our dogs: Tobi the American mutt, Argo the French unstoppable superstar  and Finn the German sensitive lady.  Our rides and homes, a US made Chevy truck with a US made Hallmark Camper a US made Dodge truck and a German made Heimplanet tent. A one of a kind tent that you will blow up to standing with a pump. “What the hell is that thing? I have never seen anything like it before” People would say… This tent was cool to say the least and withheld the winds like no other tent I have ever seen.

You may wonder why two trucks and three people. Two reasons. First reason three people and three dogs. Crazy how much space three dogs will take. 2nd and probably most important reason was that with two trucks you can help each other out if something breaks or you get stuck even thought that didn’t work as planned.

In my whole life I have never eaten so well on a camping trip. All of us foodies and from three nationalities, we all tried to outdo the other with our culinary skills. Koichi with intricate Japanese recipes (I think he won the prize), me with simple italian food and Chuck the master of grilled meats. We always ate like kings.

We met Drew, Owen, Tom and Zach. Tom and Drew from New Zealand, Owen from Australia and Zach from San Clemente. The four dug holes in the dirt for a home and lived on rice and beans on the good days. Not sure what they ate on the bad days. If they were not in the water surfing, they were standing on the cliff watching the waves. I never saw them anywhere else, was easy to find them. One evening we invited them over to our camp.

We had a little extra meat to share a few tiny scraps. I have never seen anyone eat a piece of meat like these guys did. “Oh….  Ohhhhhhh!!!!!, meat….” They looked like refugees from a concentration camp who were fed for the first time. We sat by the fire. Drew stretched over the ground on his side with his matted, long hair draped over the dirt. I couldn’t help but wondering what was crawling into his hair. But he was comfortable that way. We talked about exotic locations, surf spots and wind.

You always talk about the wind in Baja. “When will it stop?” You ask one another. For many days it was just us, the waves and the wind. We lucked out and scored some good waves but that’s not always the norm. Baja is finicky and you need plenty of time and patience to get lucky. I like to say that the waves I can score in 2 weeks in Nicaragua is the same amount of waves I will score in Baja in 3 months.

I sometimes wonder why I do it and take the beating instead of enjoying the comforts of civilization and easy access to better waves. Baja off the beaten bath is not a place to find world class waves but is a place to find solitude. And that’s really why I do it.  Since I was a little kid I always wanted to be alone in nature. If you find good waves then it could be just you and your buddies surfing. That’s when you have invested 3 good months for that one good day alone with your friends. 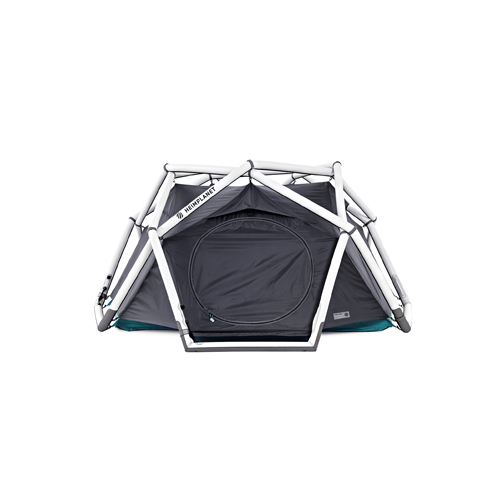